The Association for the Study of Obesity on the Island of Ireland (ASOI) is the Irish representative body at the European Association for the Study of Obesity (EASO) and the World Obesity Federation. ASOI aims to develop an understanding of obesity through the pursuit of excellence in research and education, the facilitation of contact between individuals and organisations, and the promotion of action to prevent and treat obesity across the island of Ireland. 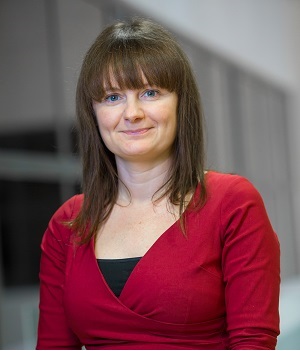 Jean is a Consultant Endocrinologist with a sub-specialty interest in obesity management and bariatric medicine. She has been a member of St Columcille’s Hospital multi-disciplinary Weight Management Service since 2001. She is a member of the National Obesity Programme Clinical Advisory Group.

In 2009 she completed a PhD thesis focused on metabolic profile and adipose tissue morphology and function in patients with obesity undergoing bariatric surgery. Jean has a particular interest in education of health professionals on the genetic, biological and environmental drivers of obesity, with a view to reducing weight bias and stigma, and improving the lives of people living with obesity. 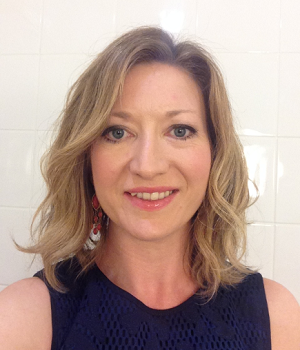 Cathy qualified from TCD/DIT with a BSc (Human Nutrition and Dietetics) in 2002. She has worked as a Senior Dietitian specialising in diabetes and weight management in the Endocrine Service, St Columcille’s Hospital, Loughlinstown, Co Dublin since 2003. She has been a member of the Weight Management Interest Group of the Irish Nutrition and Dietetic Institute (INDI) and has been involved in the development of guidelines and resources for the dietary management of obesity. She has represented the INDI on the Irish National Obesity Taskforce Treatment Algorithm- and Nutrition-sub groups and the Royal College of Physicians of Ireland Policy Group on Obesity and currently sits on Diabetes UK Nutrition Guideline Committee. Her research interests include the translation of evidence to clinical practice in weight and diabetes management, completing her PhD in this area through UCD in 2016. 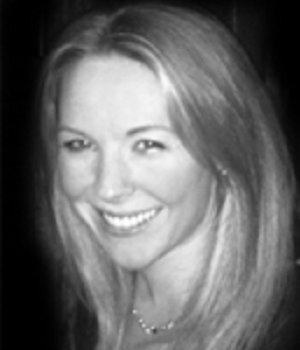 Karen qualified from the University of Liverpool with an MSc in Human Nutrition and Dietetics in 2006. She began her career in weight management in NHS Liverpool and has worked as a Senior Dietitian specialising in weight management and diabetes in the Endocrine Service, St Columcille’s Hospital, Dublin since 2011. She is a member of the Irish Nutrition and Dietetic Institute (INDI), a committee member of the Association for the Study of Obesity in Ireland (ASOI) and a member of the HSE Making Every Contact Count (MECC) Knowledge Reference Group. She has a keen interest in communication skills and behavioural approaches in the management of obesity and chronic disease, and regularly provides training to dietitians and other health professionals on this topic. In 2017, she became the first INDI member to join the Motivational Interviewing Network of Trainers, an international organization of trainers in motivational interviewing with a central interest to improve the quality and effectiveness of counselling and consultations with clients about behaviour change. 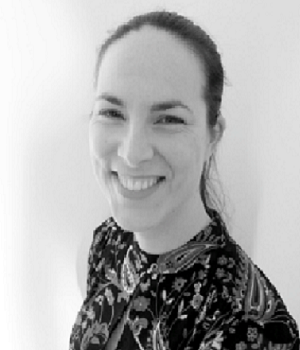 Grace was recruited by RCSI in 2017 as a researcher and focuses on the field of childhood obesity. She is the multidisciplinary clinical lead of the W82GO Weight Management Service at Temple Street Children’s University Hospital where she has worked since 2004. Her research work to date has investigated the musculoskeletal and cardio–metabolic co-morbidities associated with paediatric obesity, physical activity interventions and complex interventions for the treatment of paediatric obesity. Grace was awarded a Ph.D. in Medicine (Public Health and Epidemiology) in 2015 from UCC. Her Ph.D. Fellowship was funded by the Health Research Board of Ireland and sought to integrate connected health systems into childhood obesity treatment services. In 2008/9 Grace joined the Childhood Obesity Team at the Yale University School of Medicine, USA following a successful award as a Fulbright Scholar. Here she worked as part of a world-class team investigating the pathophysiology of Type-2 diabetes in children with obesity. She completed a research Masters in the University of Dublin, TCD in 2006 funded by the Hussey-Gormley fellowship following graduation as a physiotherapist in 2004. Grace served as the inaugural Chair of ASOI from 2013-2015 and Chair from 2015-2017. She is Secretary of the Childhood Obesity Task Force of the European Association for the Study of Obesity, a member of the European Childhood Obesity Group and Treasurer of the Paediatric section of the World Confederation of Physiotherapists. 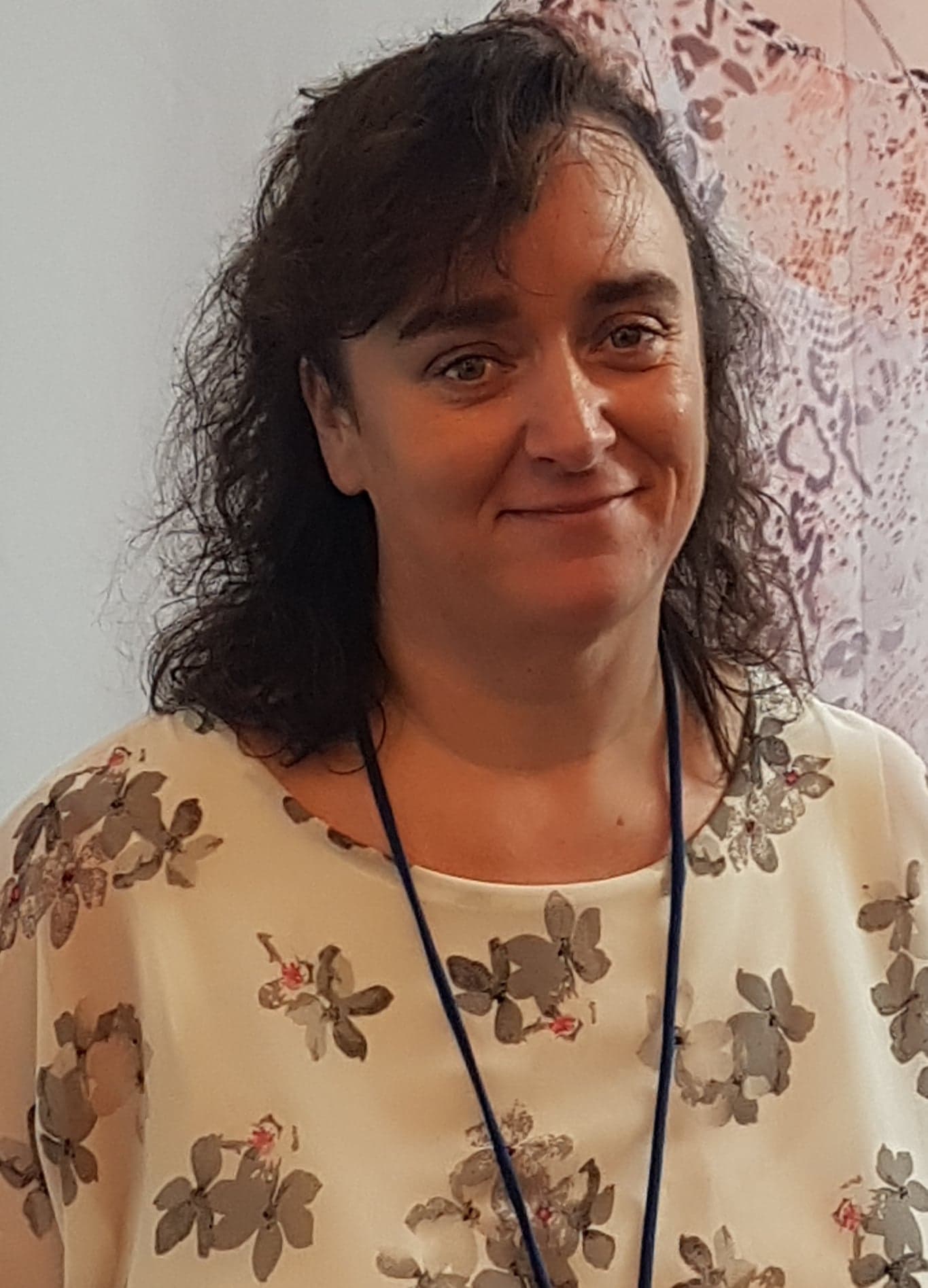 I’m Susie Birney from Dublin, Ireland. I have an eating disorder called ARFID which controls my eating behaviours since childhood. I was physically active until I had a serious knee injury as a teenager and my weight increased slowly. My serious health problems culminated  around 35  years old with diabetes, umbilical hernia, PCOS, depression. With multiple methods and attempts of weight loss, I re-gained more each time.

I had bariatric surgery in July 2015 and my diabetes, including retinopathy, reversed on the day. My health and quality of life has improved hugley despite having regained half of my weight loss since. In 2016 I became a patient representative with the ASOI, and an Irish representative in Europe with the EASO patient council, now known as ECPO. I am the acting Chair for ICPO, a patient led Irish organisation currently being formed. I firmly believe support of all kinds is vital. I share my experiences of living with obesity to raise awareness that obesity is a disease. 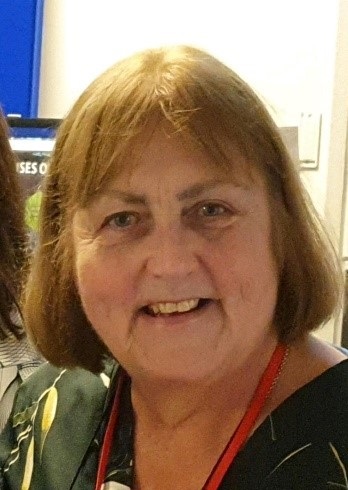 Patient Representative, Association for the Study of Obesity in Ireland

My name is Maura Murphy; I have been living with being overweight since the age of 12. I was always very active, I played sport for many years, yet in spite of having tried every diet available I still gained at least one stone annually. In 2008 I attended the Weight Management Clinic in St. Columcille’s Hospital in Loughlinstown. I underwent bariatric surgery (sleeve) in 2013 and I lost ten stone. I believe this operation saved my life and also gave me so much more quality of life. My mobility has improved, I am no longer under pressure when walking. I was also able to finally undergo a hernia operation after suffering with it for many years. My diabetes Type 2 was no longer an issue. I will happily share my journey hoping it will encourage others understand more about obesity and also with the hope that science will someday figure out why we live with this disease. I became a patient advocate of the Weight Management Clinic in St. Columcille’s Hospital in Loughlinstown, Dublin. I am also a patient representative of ASOI, and I am acting Secretary of the newly founded ICPO (Irish Coalition for Patients with Obesity). I am passionate about representing patients who live with overweight or obesity who due to stigmatisation remain hidden and silent with no voice. 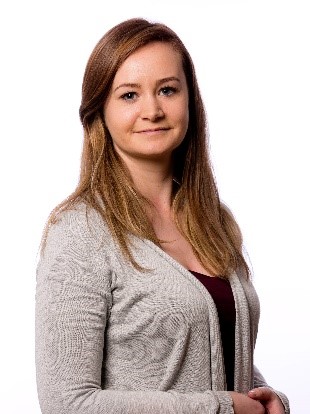 Oonagh holds a Master’s degree in Human Nutrition from Ulster University and a BSc. in Physiology from University College Cork. Oonagh has worked in the Public Health Nutrition team at FSAI since 2014. Her main responsibilities are providing technical secretariat to the Public Health Nutrition Subcommittee of the Scientific Committee, providing scientific support to the Department of Health on policy-related issues and representing Ireland as the Irish delegate at Codex Alimentarius. Oonagh is also a part-time PhD researcher at Ulster University, with her PhD focusing on the two most nutritionally vulnerable age groups – young children and older adults.. 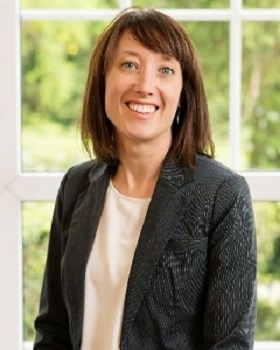 Dr. Sarah Browne is a registered dietitian and works as assistant professor on the MSc in Clinical Nutrition and Dietetics in University College Dublin and as a post-doctoral researcher with the Royal College of Surgeons in Ireland, where she is involved in clinical research with the childhood obesity service at Children’s Hospital Ireland, Temple Street.  She graduated from Trinity College Dublin and Dublin Institute of Technology in 2006 and has worked as a community dietitian with the HSE, private practice dietitian, and in community health promotion.   She has extensive experience in health behaviour change, both in the delivery of patient-centred dietetic care and in the translation of behaviour change research into practice.  Sarah has worked in academic research since 2012 and her interests include participatory research methods with children and teenagers, environmental influences on diet and physical activity behaviours, and dietary interventions among children with obesity. 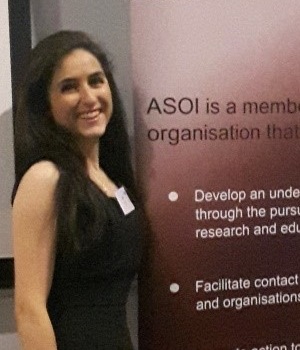 Niamh is a registered Dietitian with an honours BSc in Public Health and Clinical Nutrition, a Post Graduate Diploma in Cognitive Behavioural Therapy (CBT) and a Professional Advanced Diploma in Sports and Exercise Nutrition. She specialises in public health in the community setting including preschools, primary and secondary schools, clinics, workplaces and community groups. Niamh presents at various events and festivals around Ireland and Europe, regularly speaks on the radio and writes articles for various newspapers and publications. Further details on Niamh Arthurs’ skills, experience and expertise can be seen on her professional profile and website. 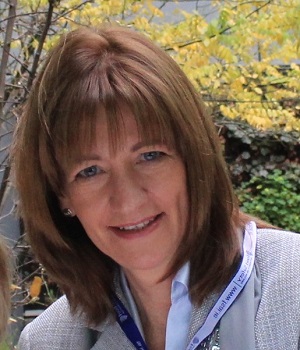 Dr Mary Flynn is a public health nutritionist and a registered dietitian and has worked in public health, clinical nutrition and academia in Ireland, Canada and the Middle East. Currently she leads work on nutrient reference standards for infants and young children at Codex Alimentarius (WHO and FAO of the UN); and is an External Advisor on Health Canada’s new Food Guide (2019). Throughout her career she has led multidisciplinary teams in tackling some of the biggest challenges posed by obesity and related chronic diseases. She has implemented innovative prevention and treatment programs reducing risk of heart disease and diabetes for people of all ages. An understanding of how overweight and chronic disease can negatively impact a person’s self-esteem is evident throughout Mary’s work. Her insight and sensitivity around people’s need to ‘feel good about themselves’ so that they can be empowered to ‘enjoy healthy eating’ and ‘have fun being active’ is a hallmark of her approach. She attributes her empathy to the generosity and openness of the many children, teenagers, and adults she has been privileged to treat. Using her in-depth knowledge of food law and labelling, she has recently developed approaches to help consumers navigate the food environment to identify truly healthy food options. She led the allergen and calorie menu labelling work in Ireland to inform people about safe and healthier choices. As part of this, she led the team that created MenuCal – a calorie calculator and allergen management system for food businesses (www.menucal.ie). Mary has over 100 scientific publications and her work on childhood obesity has been recognized by the WHO. In 2014, Mary was awarded the inaugural medal for excellence in Public Health Nutrition by the Nutrition Society. She was appointed as a member of the first Healthy Ireland Council by the Minister for Health and has been a Visiting Professor at the Ulster University, Northern Ireland since 2012. 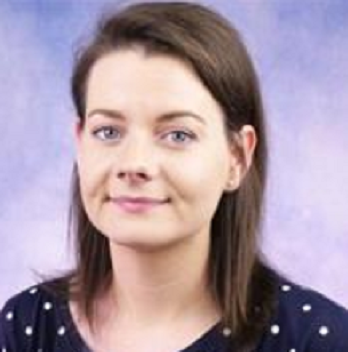 Louise is a StAR-funded PhD scholar at RCSI on the SPHeRE programme, and holds a Master’s degree in Human Nutrition (specialising in Public Health Nutrition) from the University of Glasgow, and a BSc in Food, Nutrition and Health from the University of Abertay, Dundee. Louise’s PhD is aimed at investigating healthcare costs and applications of telemedicine for paediatric obesity. 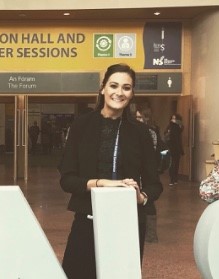 Caroline is CORU registered dietitian with both clinical and public health experience. She holds a BSc in Human Nutrition, a MSc in Clinical Nutrition and Post Graduate Diploma in Human Nutrition and Dietetics. Caroline has worked as a technical executive on the public health nutrition team within the Food Safety Authority of Ireland since 2017, here she has gained experience in a range of nutrition related legislation and insight into public health policy development. Caroline will commence PhD studies in September 2020 which will be on the National Adult Nutrition Survey II.